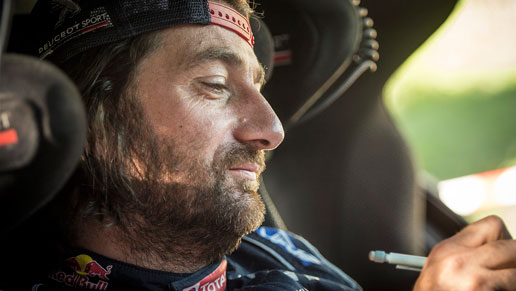 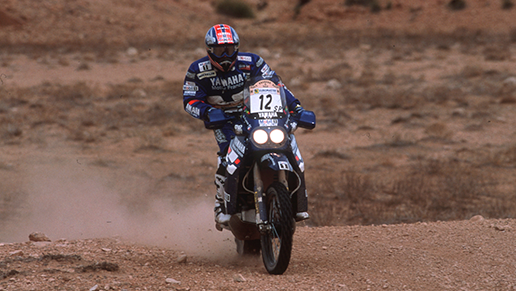 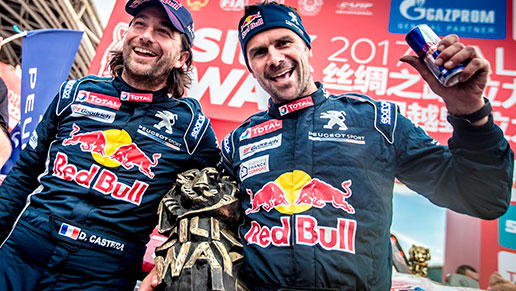 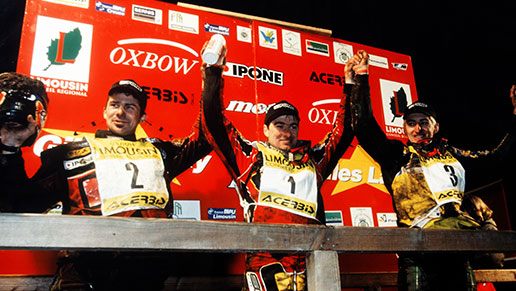 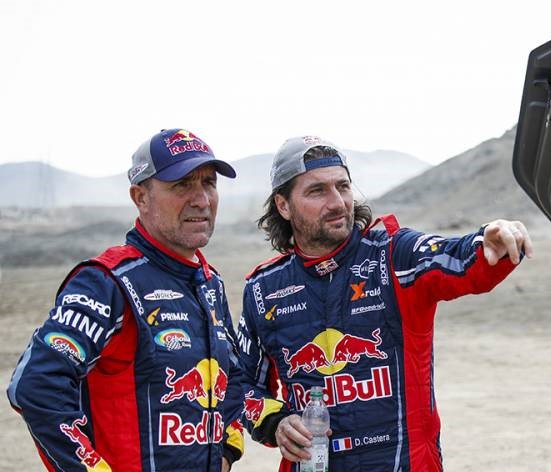 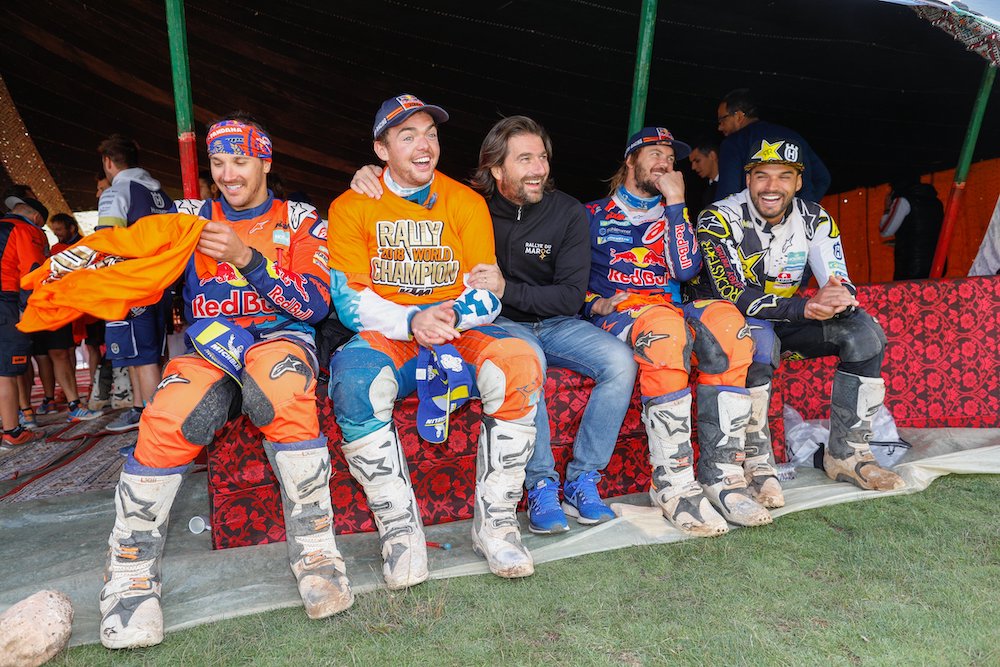 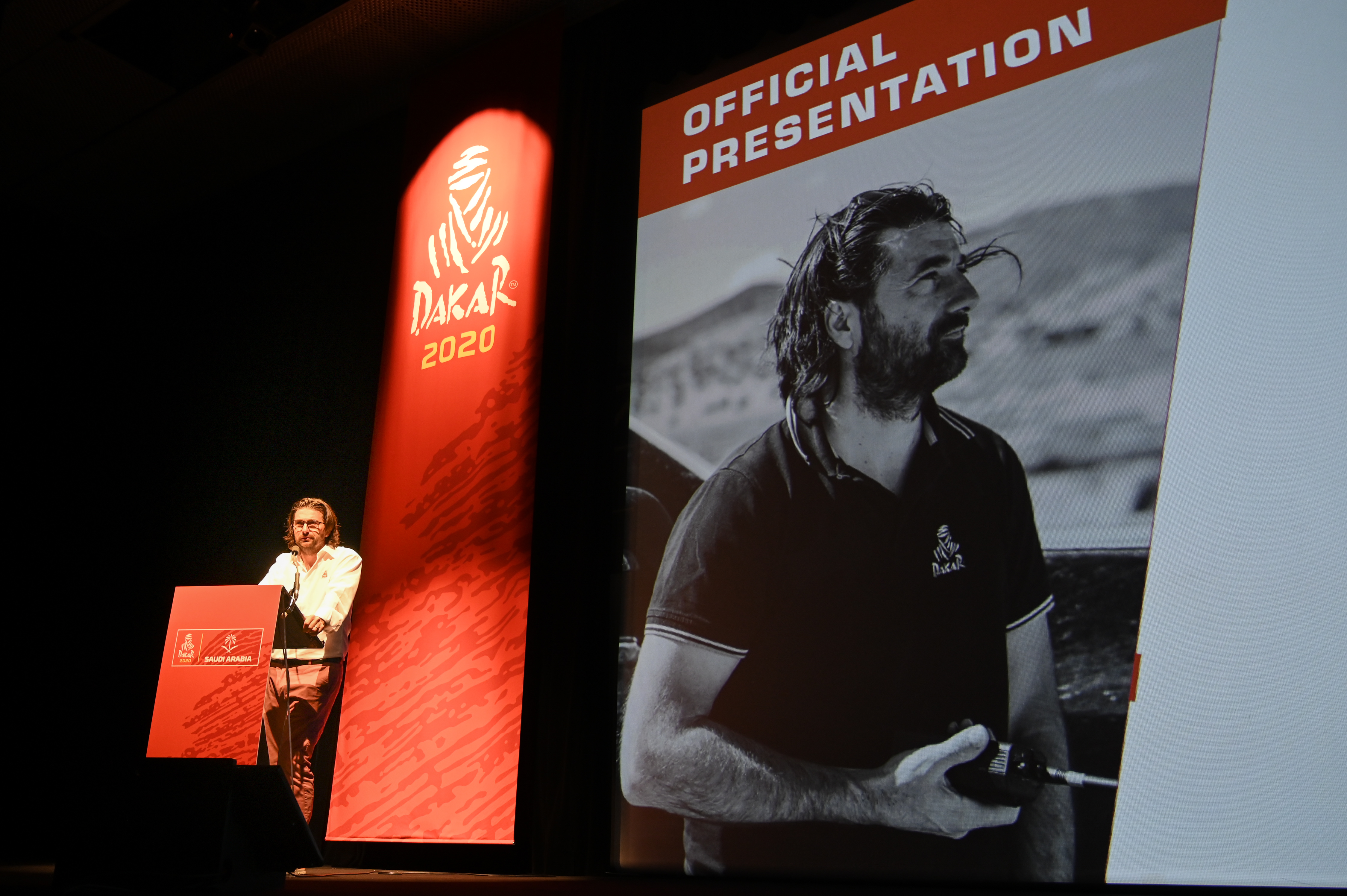 He has also received very good results in many other Rally Raids and Bajas.

From January 2022  PROMOTER WITH ASO OF THE NEW FIA, FIM WORLD RALLY-RAID CHAMPIONSHIP : THE W2RC
From October 2020 DIRECTOR OF ANDALUCIA RALLY
From March 2019 DIRECTOR OF DAKAR RALLY
From 2018 DIRECTOR OF THE RALLYE DU MAROC
2005 TO 2015 SPORTS DIRECTOR OF THE DAKAR
2005 TO 2015 SUB-DIRECTOR OF MECHANICAL SPORTS FOR ASO
2000 TO 2006 PROMOTOR OF THE FRENCH MOTORCYCLING FEDERATION FOR ENDURO AND CROSS COUNTRY
2001 TO 2006 ORGANIZER OF THE SHARK X TREM
2000 TO 2006 ORGANIZATION, MANAGEMENT AND GUIDE FOR MOTORCYCLE RIDES IN FRANCE AND SPAIN
1995 TO 2000 PRESIDENT OF THE MOTO CLUB DES 2 GAVES (SOUTHWESTERN FRANCE) WITH THE ORGANIZATION OF ENDURO DES POIREAUX AND OF NO FEAR CROSS CROUNTRY

He has also given many seminars, press conferences.

David Castera has spent his life as a professional Enduro and Rally Raid driver. In 1992 he was National Enduro Champion in France and in 1993 he was Junior World Champion by Enduro teams.

In addition to continuing with the national championship of France and the Enduro World Championship, in 1992 he started in the Rally Raids and the Bajas with the Tunisia Rally, and afterwards participating twice in the Paris-Peking Rally at the age of 21, the Atlas Rally, the Abu Dhabi Desert Challenge Rally, various Bajas and 5 times in the Paris-Dakar, winning third place in 1997!

Passionate about extreme racing, in 1993 he participated in the Gilles Lalay Classic (The toughest Enduro race in the world). After 2 second places, in 2001 he won a hard fought victory against his friend Cyril Després.

In 2000, after being President of his Moto-Club in the southwest of France, he created an event organization company and became the promoter of the French Motorcycling Federation for the French Enduro and Cross-Country Championship. At this time he also created the Shark X Trem, a multidisciplinary adventure raid for teams of two people. During this time period he also organized biker outings, press conferences, seminars and rallies for road bikes.

In 2005, he joined the ASO (Amaury Sport Organization) team as Sports Director of Paris-Dakar and Deputy Director of Mechanical Sports. He was able to experience in the first person the change of scenery from Paris-Dakar in Africa to South America.

In 2013, he moved with his family to Buenos Aires to continue his task as Sports Director of Dakar and to be closer to the terrain and culture of South America where the Rally takes place.

In March 2015, after 10 intense years of directing the sports section of the Dakar Rally for ASO, and after a commitment that demanded a huge effort both professionally and personally David decided to take a break, giving him a chance to discover even more. He knew he would return to the organization of event.

After which Peugeot Sport asked him to become the official co-pilot of Cyril Després in Rally Raid. He then returned to Europe with his family to dedicate himself fully to his new profession. The Després-Castera tandem won the Silk-Way in 2016 and 2017, and they finished on the podium in 3rd place at Dakar in 2017.

Peugeot Sport decided that after Dakar 2018 it would not continue in Rally Raid, but would concentrate on WRX. At this time David understood that it was the right moment to return to the organization of events, with a more familiar spirit and structure, highlighting camaraderie.

Taking advantage of his professional background as Motorcycle Pilot, Car Co-Pilot and as organizer of different sporting events David has decided to dedicate his time to offer the best in the Rally du Maroc!

He joined the team XRaid for Dakar 2019 as co-pilot of Stéphane Peterhansel in order to continue gaining experience in all domains of  Rally Raid.

Then in March 2019, David is led to take the direction of the Dakar Rally. He therefore organised the transfer of the event from South America to the Middle East for Chapter 3 of the Rally.

In 2020, after the Covid 19 health crisis, which led to a double concern to comply with the imperative health measures adopted by the Moroccan Government and the global situation of the Kingdom of Morocco and its populations, it was advisable to postpone the Rallye du Maroc until 2021.

However, it was of utmost importance to keep the Rally Raid discipline alive, despite the circumstances, we wanted to ensure its sustainability for the benefit of athletes, teams, trainers and all service providers.

For these reasons, ODC organized the Andalucía Rally from October 6 to 10, 2020. The objective was to offer the participants of the Rallye du Maroc an alternative quality test whose format and conditions were adapted to the limitations imposed by the global pandemic.

A new rally was born.

In 2022, ASO and David Castéra are in charge of promoting the FIM and FIA World Rally Raid Championship. This new 5 round Championship, called W2RC, starts in January 2022 with the Dakar Rally and will end with the Rally of Morocco.