Description:
The Team Bianchi Prata is on the Dakar since 2006.

With his experience of 30 years of motorcycle competition, the Team Bianchi Prata is committed to providing an official service for teams or drivers at affordable prices and to give to more riders the opportunity to participate in the best conditions in rally raids.

With over 14 years of experience on the Dakar, the primary concern of our team is to complete 100% of its customers without mechanical failures.

Associated with the experience of driving his manager, the Team Pedro Bianchi Prata has several years of experience as Team Manager of the Bianchi Prata team and two years as coordinator of the official Honda Rally HRC team.

We also offer pilots the opportunity to take a training course in navigation for the preparation of the Rallye du Maroc and the Dakar.

Services:
We offer a full service, with the rental of the bike (Honda CRF450RX Rally) and assistance (mechanics, tires, transport, hotels, registrations, …)

All our bikes are new, equipped with all navigation devices.

We also provide the service of preparation and assistance of your personal motorcycles. 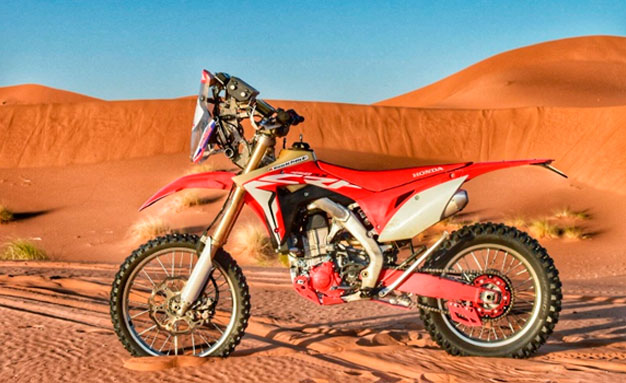 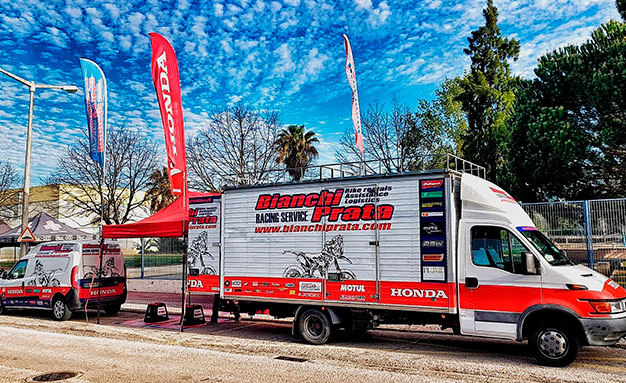